Murano glass, worked and modeled exclusively by hand in the furnace as per the ancient tradition of the master glassmakers. 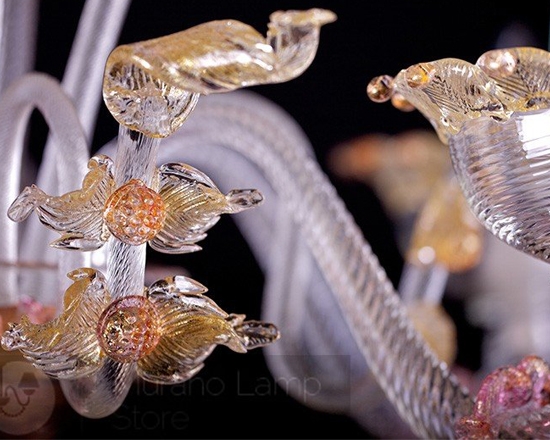 A bit of history

Murano glass, the story of an ancient art that gives further luster to a city like Venice, which has always fascinated for its architecture and for its peculiarity of a city immersed in a lagoon. Crossed by canals also navigable and by islands such as Murano , they make it a unique city in the world.

The Murano glass industry, rooted in the island since ancient times, consolidated around 1295 when the Republic of Venice decreed that all the glassworks in the city, active since the year 1000, were transferred to a single area. in order to limit the damage caused by fires that often flared up due to the furnaces of the glassworks.

The concentration of glassworks in Murano also allowed the Serenissima to control its activity, preventing the secrets of this art from being exported abroad. The master glassmakers were in fact forced to live on the island and in order to leave the city of Venice they needed special permits.

An important crisis in the island's glass industry was in the fifteenth century, when the manufacture of Bohemian crystals began, inspired by the same Murano glass. Venice came out when the glass began to be used for the production of Murano glass chandeliers, still today among the most well-known artifacts of glass production made in Murano glass factories and only these products can boast the Murano artistic glass brand.

The Murano glass still today, after hundreds of years, is produced using substances, pastes and techniques of the past. Made by the master glassmaker, assisted by various helpers, the boys and the servants, who assist him throughout the production and creation process of the work, be it a chandelier or any other glass object.

The assistants: "Servente", "serventino", "garzone", "garzonetto" and "forcellante"; the latter figure, the "forcellante", has the task of taking all the various pieces of the chandelier, leaves, flowers, cups and arms in freshly worked glass and putting them in "tempera", where they will spend the whole night until the following morning.

The Murano glass is made by the master glassmaker, assisted by some helpers called servant, serventino, apprentice boy, garzonetto and forcellante, who takes all the pieces of glass just worked and puts them in the tempera oven; This is how "square" in Murano jargon is made up, that is the whole group of work in a Murano furnace.

In the sphere of Murano glass there are various processing techniques: - "Straight Stripe" which is normally performed with a particular type of pliers or scissors. - "Twisted Stripe" whose processing creates a sort of pattern in the glass, - another technique is the "Balotton", easily recognizable because it creates air bubbles inside the glass.

The coloring of the glass is all structured according to secret formulas and not that the master glassmakers have been handed down from father to son for generations. For example, to make blue glass, we start from a crystal colored base to which cobalt is added; the green coloring instead occurs by adding black copper in greater or lesser quantities depending on the intensity of green you want to obtain. The most precious and expensive color is ruby because the starting base is 24 Kt gold glass and not crystal.

To create the glass in this enchanting color, nitric and muriatic acid is added, the compound is left to react and once the chemical reaction is completed, adding a secret component that only the master knows, ruby glass is created. 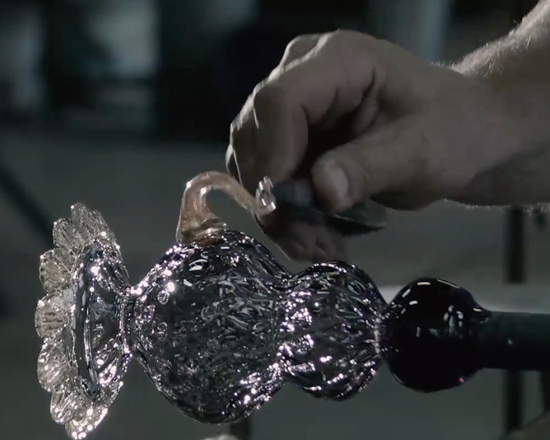 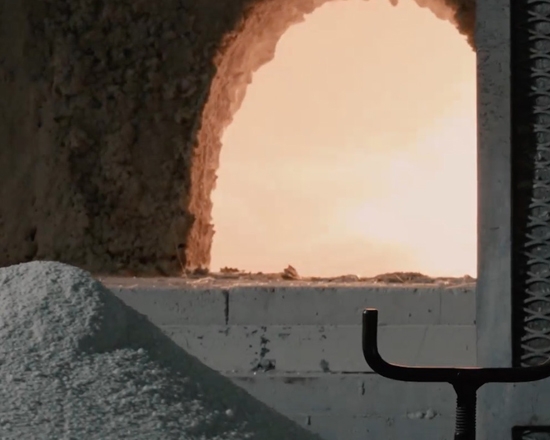 A Craft tradition by definition; a place where the knowledge and experience accumulated over the centuries is handed down from family to family and from father to son. In this “Venetian artisan workshop” the creations of the Venetian Glass Masters are produced, created and modeled.

Murano glass is worked in special ovens made of refractory stone at a temperature of 1100-1200 ° C. Whenever a piece of glass is complete, it always proceeds to the next phase of tempering. Tempering consists in inserting the glass inside a particular temperature-controlled oven, where it remains overnight starting from a temperature of 600 ° C to arrive at room temperature the following morning; this process is essential so that all the various pieces made do not burst or crack.

The production cycle of the oven is continuous, day and night, it is never turned off except during the closing period of the furnace for maintenance. At the end of the typical working day in the furnace, the master glassmaker prepares the "Crucible" or the set of various substances necessary to create Murano glass. Throughout the night, at a temperature of 1200 ° C the various components of the glass mix evenly so as to be ready for processing at dawn on the following working day.

The working hours in the furnace vary according to the season, normally during the summer the working “piazza” starts at 5 am and ends at 1 pm due to the high temperature which does not allow the Maestro and the various helpers to continue the work. During the winter, however, the working hours change and it starts from 8 to 12 in the morning and from 14 to 18 in the afternoon. It is at the discretion of each individual Furnace to choose the working time that best suits the "Piazza".

Top
item(s) in your cart